Tantrums: Ways to handle this effectively 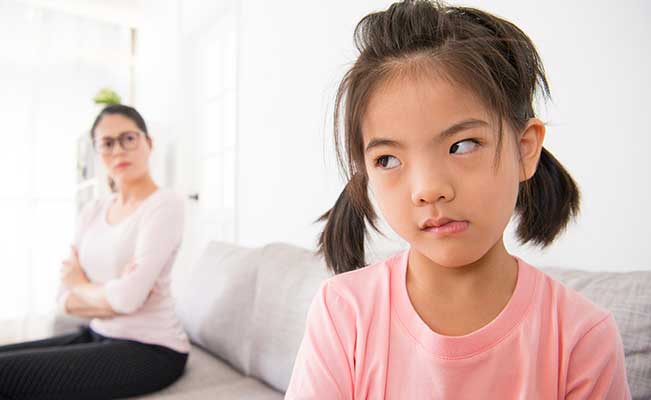 Time has flown, and your child can walk and run on their own, recognize the names of people and objects, and they’ve even begun to talk a lot! But not all is smooth sailing. Around this age, children are known for throwing tantrums. Tantrums can be physically and emotionally exhausting to deal with. However, they can serve as valuable learning experiences for both you and your child.

What are tantrums?
Tantrums are outbursts during which a child may exhibit unpleasant and sometimes violent behavior. You may find your child crying, screaming, holding his or her breath, hitting, biting, flailing their limbs, or throwing objects1. Depending on the child and situation, tantrums may last from a few seconds to a few minutes. Usually, as the child grows older, their tantrums will become shorter, less frequent, and less severe.

Why do children throw tantrums?
Tantrums are a normal part of a child's development. They may be triggered by physical stimuli, such as hunger, tiredness, thirst, or pain.

Tantrums may also have emotional causes. At this stage, kids have begun to seek independence and exert control over their environment, but may find their attempts unsuccessful2. If they don’t like the food you’re giving them, or if you tell them it’s time for a nap but they want to keep playing, they may act out. Or, say you’re at the mall, they spot a toy they want but it’s outside your budget. So, you refuse to buy it for them. Such situations can be frustrating for children, and because their ability to communicate their thoughts and feelings is currently limited, they may express their frustrations through tantrums3. If the emotional triggers are compounded by physical factors, kids may be even more likely to lash out or resort to outbursts.

Preventing tantrums
There is no foolproof way to prevent your child from ever throwing a tantrum or having an outburst. However, there are steps parents can take to decrease their likelihood, such as:

Responding to tantrums
Sooner or later, your child will probably throw a full-on outburst. Don’t panic! Returning your kid’s emotional meltdown in kind will only worsen the situation. Your job is to calm your child down, so as much as possible, you need to keep your cool, too. Try to identify the problem. Then, do what you can to address it—this is where that snack or water bottle may come in handy!

If your child is throwing a tantrum because they don’t want to do something you told them to do, it might be best to ignore the tantrum. Then, when they have calmed down, give a short, simple explanation why what they did was wrong.

If you and your child are in a public place when they throw a tantrum or have an outburst, and ignoring them isn’t a viable option, take them somewhere quiet and safe for a time-out. Do not allow them to leave until they calm down. A good rule of thumb for these time-outs is one minute for each year of their age5. Do the same if they are in danger of hurting themselves or others.

If they attempt to hit someone, hold them firmly until they stop lashing out.

Even facing the worst of tantrums, don’t allow your own temper to get the best of you. At all costs, avoid physically or emotionally harming your child. Avoid threatening statements which could sow distrust and negative emotions. Instead, gently but firmly show them that their actions have consequences, so they understand that the things they do affect not only themselves, but also those around them6. This can help ensure you raise a healthy, smart kid with a heart.

Be part of Club Mama today to unlock a world of privileges and benefits which include free samples, exclusive vouchers, promotions, expert advice and many more!

Who Said Learning Isn't Fun?
Going to school, learning about the world and discovering various skills are all part of a child’s...
Learn more
Teaching An Excellent Study Habit
Just like teaching your child to eat not only because he’s hungry, studying everyday not only...
Learn more
Getting Your Child Ready For Morning School
Make sure that everything your child needs in school is prepared the night before and not in the...
Learn more 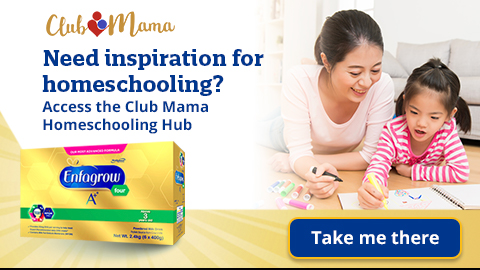